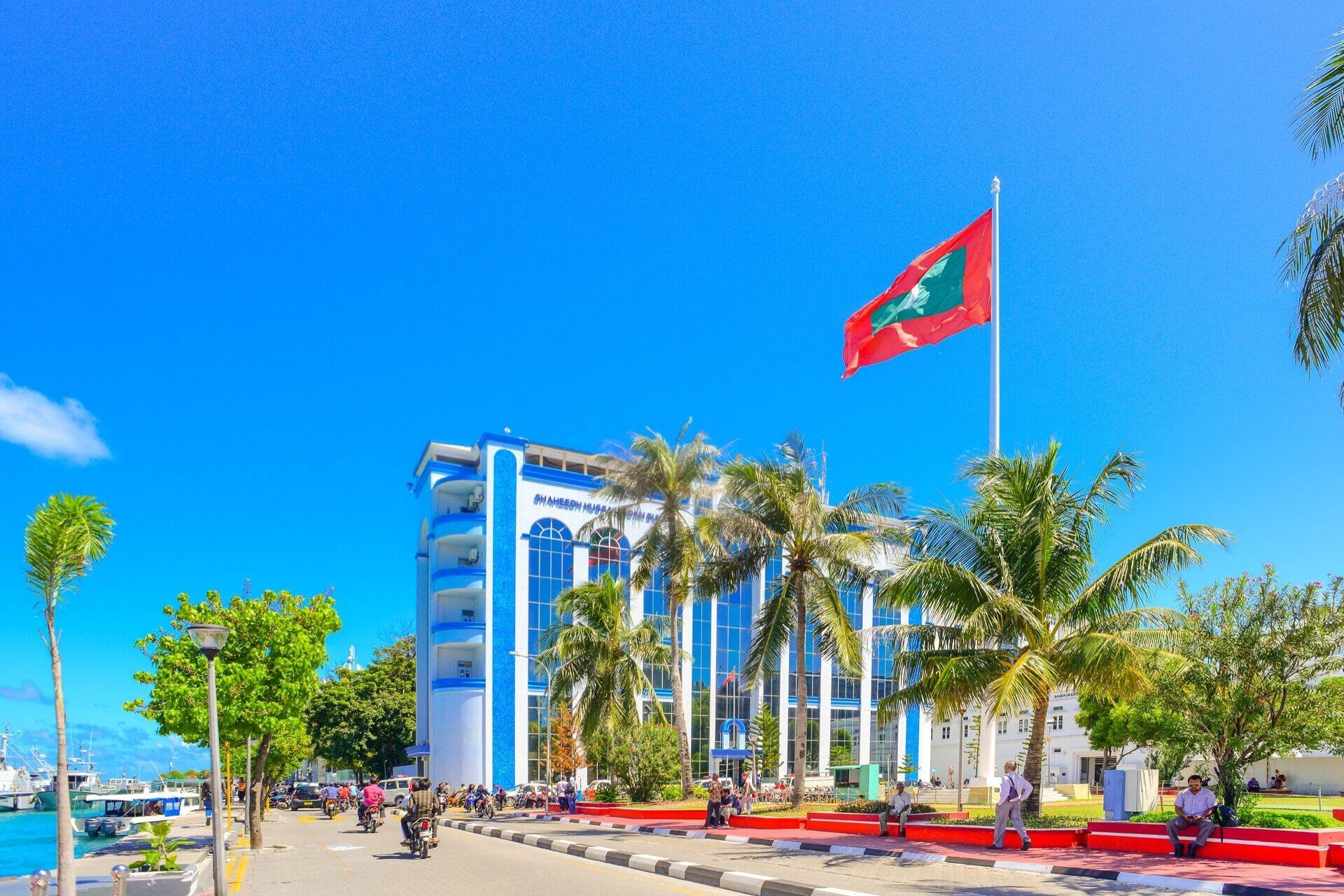 The Maldives is known for its over-water villas that are set in their own private islands. A collection of more than a thousand little isles, this country is not only for the well heeled. Many public islands inhabited by the local Maldivians offer affordable stays and interesting ways of exploration. If you happen to be in Male, the capital city of The Maldives, spare a day for the Full Day Male City Walking Tour.

Spread over 7 hours, this is one of the full day tours in The Maldives that give travellers an overview of Male – the world’s smallest capital. The walking tour is more exciting than most other walks because it involves ferry rides and inter-island transfers apart from the regular strolling about the town. The full day Male City walking tour commences at 10 AM and ends by 5 PM each day.

The walking tour charge per person is USD 80. This price is inclusive of return transfers to and from your hotel, tour guide fee, entrance to Sultan Park, transfer to Villimale and hedikaa experience. There is also a donation amount included in the tour fee which is given to Save The Beach NGO. You need not pay any extra local taxes as 10% service charge and 12% GST are priced into the entry fee.

When you choose to dedicate an entire day to the exploration of Male, you have more time on your hand to experience the capital of The Maldives not only through its attractions but also through its food, ecology, history and local interactions. You are picked up from your hotel in Male or Hulhumale, and you meet your walking tour guide at Jetty 5 Male which is located opposite the Bank of Ceylon. The Male City full day tour begins with an overview of this city, with a particular emphasis on the harbour area, which is the most important aspect of any island city.

Islam in The Maldives & Its System of Education

Moving along Male’s harbour area, you come across the island’s oldest school. This is where you will be told about the country’s high literacy rate which stands at 98%. Religion in The Maldives goes alongside education. The country adopted Islam as its national faith many years ago, and the tenets of this religion cut through the very lives of the Maldivians and they day-to-day routine.

The walking tour leads you to the tomb of Abu – al – Barakaath, the traveller who visited The Maldives centuries ago and convinced the then Sultan to become a Muslim. The next attraction is the Malé Hukuru Miskiy which is among the oldest mosques in Male. Also known as the Old Friday Mosque, the building offers a fine example of traditional Maldivian and Islamic architecture.

Tea Break at a Gan’duvaru

You get your first break early on in the walking tour as we stop for some traditional black tea at the Royal Garden Café. The café is a strategic stop as this is one of the nicely preserved gan’duvaru homes in The Maldives. In the Dhivehi language, this translates to a nobleman’s house. Garden Café is a popular hangout for the local Maldivians who present a great opportunity for some casual interaction over tea. Wooden interiors and intricate carvings lend a warm ambience to this café.

The Maldives has its own military which has been instrumental in fighting terrorism in the country. A particular example of the service and sacrifice of the army men is that of the martyrdom of 8 officers in 1988 as they tried to protect their country from a terrorist attack. Our next halt on the full day walk, The November 3rd Memorial, has been erected in memory of that unfortunate incident.

The full day Male City walking tour proceeds to the lush Sultan Park. Beautifully landscaped and adorned with artful swings, historical statues and works of art, the park offers ample backgrounds for photography. Inside the Sultan Park, the National Museum is another sightseeing point which you can explore by yourself. The exhibits include artillery, clothing, paintings, coinage and plenty of ornate collectibles which highlight the cultural backdrop of the country.

After the stroll around the park, we return to the harbour area and pass by some of the attractions which we have seen before, such as the Grand Friday Mosque. We also pause at the Islamic Centre to admire its architecture and recognize it as a landmark of Male. We move on to Jumhooree Maidhaan which translates to Republic Square or Independence Square in Dhivehi.

The fluttering national flag of The Maldives is hoisted here. As you click pictures, the walking tour leader will explain the meaning behind each of the colours of the flag. Jumhooree Maidhaan is also a great place to stand and see a number of prominent government buildings nearby.

Lunch Break at the Local Market

By now, you will have walked quite a bit, and explored almost all major sights of Male city. However, you haven’t really gone under the skin of this island until you have been to its marketplace! Our next stop is the busy fish market which is full of strong smells of seafood. Freshly caught, the fish and other seafood products at this market are up for bargaining.

You must also be hungry by this time. Seeing as how it is time for lunch, your walking tour expert will take you to the local market where an array of tropical produce is laid out, forming a mosaic of vibrant colours. There are plenty of food stalls and restaurants where you will be able to order some food. Ask your guide for recommendations to suit your taste.

After you have appeased your hunger and rested those tired soles, you will be escorted into a taxi to the ferry terminal where you will catch the boat to Villimale. Onboard, your guide will tell you about the history of this little island that is also a part of Male City. Formerly known as Villingili, the isle used to be a prison many decades ago.

Later, Villimale was transformed into a resort island, which serviced many tourists until it was repurposed as a public island to create more space for the inhabitants of Male. The population kept growing, making Male Island more crowded. The rehabilitation, though, is quite a recent phenomenon, and Villimale still retains most of its village charm.

The stroll through this little island will last only for 60 minutes, but this hour will give you insights into the ecology of Villimale. With just two beaches, the island is quite easy to explore on foot. The inland areas are full of broad streets that are not crowded, unlike its busier counterpart – Male. Still untouched by rapid modernization, VIllimale enjoys a rustic beauty that is serene and much better preserved.

Eco-Conservation Insights with Save The Beach NGO

Through the course of this day tour in The Maldives, you will also be met with a representative of Save The Beach. The NGO works closely with the local community to protect the delicate ecological balance of Villimale. You can ask your questions on ocean and island conservation and the challenges that are faced in preserving the green cover.

The Male City walking tour does not end before letting you eat some more local delicacies. As the evening rolls to a close, you will be served some hot black tea with hedika. A big hit with everyone, hedika is a traditional savoury snack which goes really well with hot beverages. Choose from a variety of fillings and relish your last meal in Villimale while enjoying the sight of a distant Male. Subsequently, you will be ferried back to Male Island and the full day walking tour will end with the sunset.

Some information to make your Maldives tour, and the walking tour specifically, smoother:

There are plenty of other tours that you can explore after you get an overview of Male through this walking tour. Choose from sunset cruises, water sports, snorkelling trips, scuba diving classes and many more.

There are no reviews yet.

Only logged in customers who have purchased this product may leave a review.